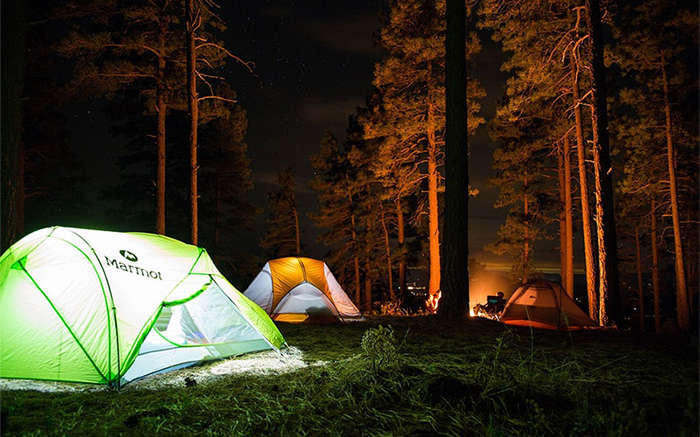 We’ve been told we need two walls in a tent to reduce condensation and to provide an additional layer of protection from rain, But is condensation really all that bad? It only becomes a problem then you come into contact with it, or when so much is produced it spatters off when pounded by rain…. What if instead of fightenting condensation, we simply accept it as part of the experience?

Okay, for all the condensation lovers out there.

But the fact is that with the weight of all tents coming down, the issue is less and less of a consideration with deciding between a single walled and double walled tent. In fact, some double wall tents now weigh less than a comparable single wall tent.

When evaluating the merits of a single-walled tent versus a double-walled tent you’ll want to take into consideration these factors:

Rain
The waterproof rainfly in a double-walled tent protects the camper from rain and snow. Some double-walled tents come with bathtub floors that prohibit groundwater produced by heavy rain from flowing into the tent.

Condensation
Double walled tents do a better job of preventing condensation. They put two layers of material between the camper and the weather. The inside layer is breathable the outside layer is waterproof weather protection

Campsite Location
Single-walled tents provide more flexibility of setup. They can be pitched in a small space where a double-walled domed tent wouldn’t work.

Be the first to comment on "What’s the Difference Between a Single Wall and a Double Wall Tent?"