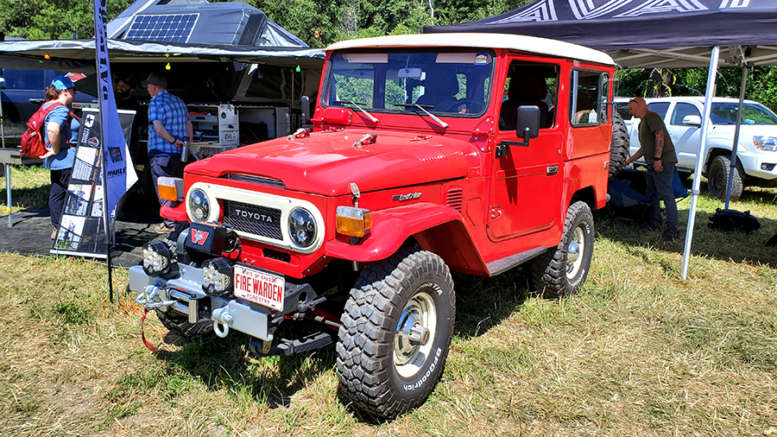 Branden “Ben” Powell of Redmond, WA is best known for his awesome 1972 Swiss Army Pinzgauer 710M that he outfitted for search & rescue. Apart from this, Ben has owned 3 diffferent FJ40 Toyota Land Cruisers, this being his third. On this one, he decided to go all out and build it just how he had always wanted one to be set up.

Found in Portland with 81K miles, it was in good shape. However, Ben wanted to get a bit more out of his FJ40 so his master plan was to, “Take some time to do a little bit of upgrading and try to make it more daily-drivable and make it a little bit more friendly for being out on the road.” At the same time, Ben wanted to really focus on keeping the heritage of his FJ40, yet just add some modern touches to it. “It’s really a true resto-mod”, Ben states.

The title of this article clearly gives it away, but if you were some bystander gawking at Ben’s FJ40 on the street, I’m sure hearing it run would also give away it’s biggest secret that isn’t visually apparent – a diesel powerplant. And we’re not just talking any diesel engine, but a new Cummins R2.8 Turbo-Diesel with out of the crate 160 HP and a whopping 310 ft lbs of torque. As Ben mentioned, without much additional work you can easily squeeze 400-500 ft lbs of torque out of these engines no problem. 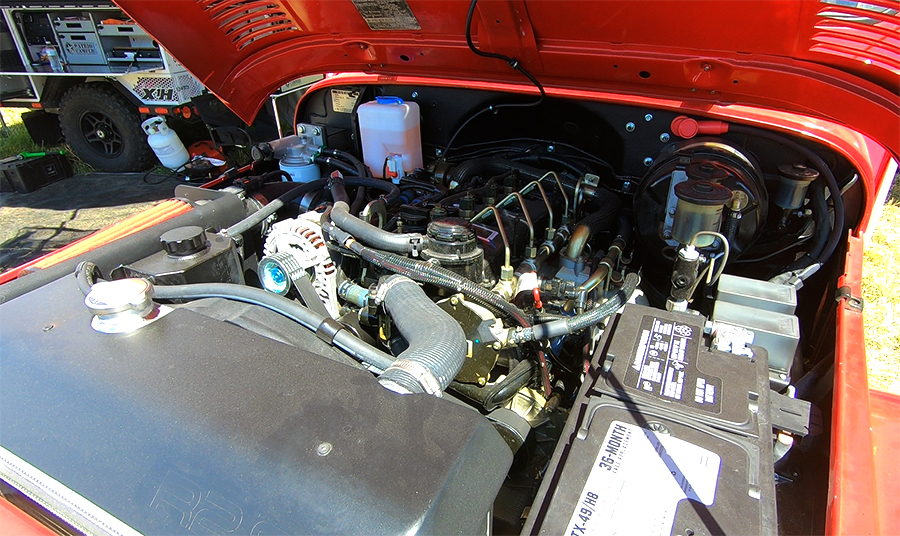 With Ben’s Cummins 2.8L turbo setup in particular, he was so meticulous with the conversion, it looks factory installed sitting under the hood. Even the vehicle identification tag that’s mounted to the firewall has been updated to reflect the Cummins engine, and interior updates as well.

In the front, Ben kept the original beefy 70’s Warn winch, which was completely rebuilt from a friend that had retired from Warn – what a great connection to have!

With the FJ Land Cruiser looking so polished from the exterior, you know Ben wouldn’t go without doing the same to the interior. He made it much more comfortable, using the same brown leather used for the King Ranch Edition in Fords for the seats, door panels and arm rests. To keep things as close to Toyota as possible, Ben kept the same pattern for the stiching. 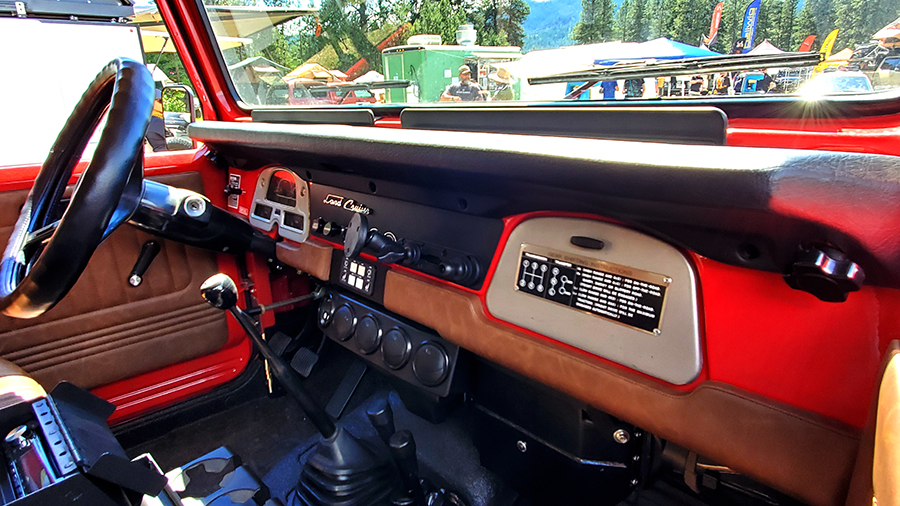 In the dash, Ben updated the gauges with a direct-fit instrument system by Dakota Digital specially designed for FJ40 Toyotas. He also added air conditioning by Vintage Air. In the rear, the jump seats are also upholstered with the same brown leather. The entire interior is coated with tough Linex protective coating.

Ben has even been steadily swapping out bolts/hardware throughout his FJ Land Cruiser for stainless & zinc to, “Make it last and withstand the next set of ages”. With the quality of build Ben has accomplished, no doubt this Land Cruiser is going to be around for a long, long time.

Be the first to comment on "1978 Toyota Land Cruiser FJ40 with Cummins R2.8 Turbo-Diesel Engine Conversion" 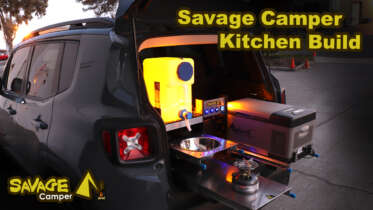