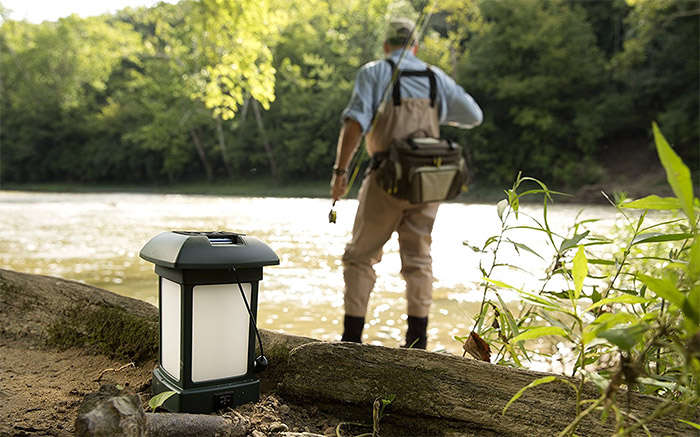 Nothing can disrupt a peaceful summer night by the campfire more effectively than a swarm of mosquitos. Fortunately there are a number of devices that located strategically around a campsite can eliminate that problem by killing the insects outfight or repelling them with light or fragrance. Here are four of them. They fall into two basic categories. Some include a bug repellent lantern as part of the package and others are strictly for mosquito avoidance and/or elimination only. Here is a summary of four devices with a brief description of how they work to keep your campsite (or patio) mosquito free. 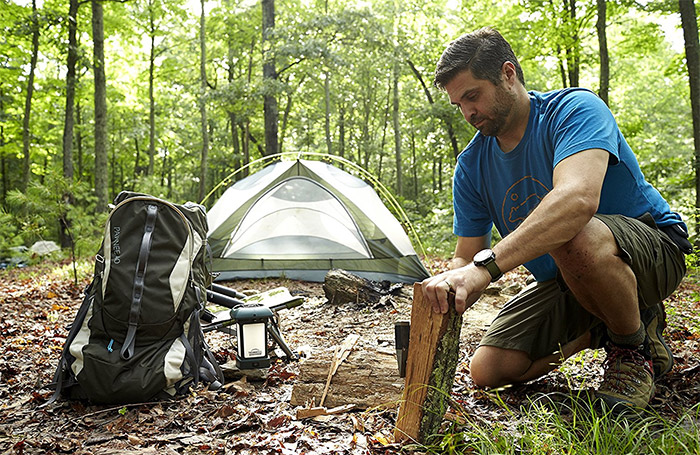 The ThermaCELL Mosquito Repellent Pest Control Outdoor Lantern creates  15’ x 15’ insect free area by using the smell that naturally repels insects. The lantern operates off of four D batteries and provides up to 50 hours of 300 lumens light on the highest setting. The lantern and the mosquito repelling function can be separated into two separate units with the lantern used inside the tent and the mosquito repelling function used outside where the insects are.

HOW IT WORKS: The insect repelling function of the lantern operates off of a single butane cartridge. Heat activates the release of “allethrin,” a synthetic duplication of the natural insect repellent found in some chrysanthemums. Each pad of allethrin lasts up to 4 hours. Pads are replaceable and sold separately.

“While camping, we heard many folks complaining about the mosquitos, but over the course of four days, only one of us (out of 5) was bitten by a mosquito, and that was out of range of this product. Overall I give it an A+.” 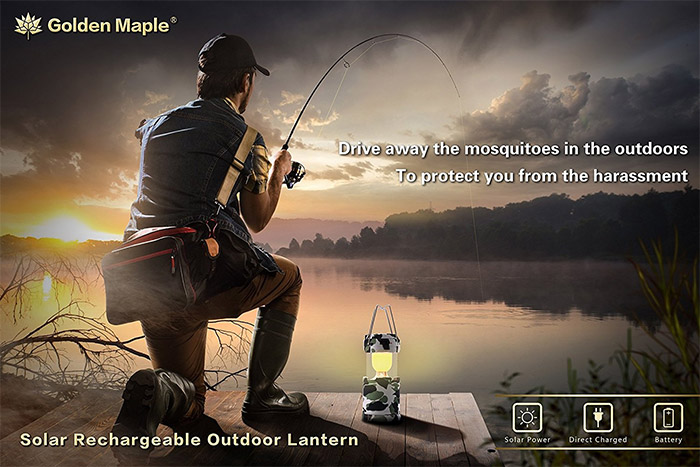 HOW IT WORKS: The Maple Portable Mosquito Repellent Lantern is three devices in one. It’s a rechargable LED lantern. It can be used to charge Android mobile phones and iPhones, and it functions as a mosquito repelling device using light.

“This led camping lantern has two kinds of light, which can be changed from the top button,when the light is white, it is very bright, we can use it for camping. When the light is yellow, it has 580NM light-wave, which irritate the mosquito eyes and drive them away.” 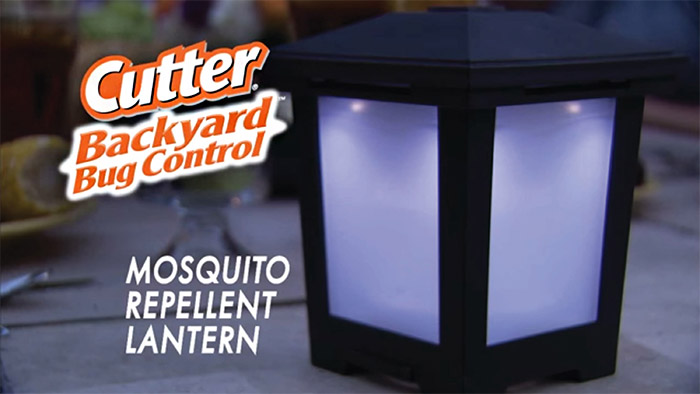 HOW IT WORKS: Mosquitos find your largely by scent, honing in on the carbon dioxide you breath out. The Cutter Mosquito Repellent Lantern disguises that scent by sending out a pleasing fragrance via a quiet battery-operated fan that covers up the mosquito attracting carbon dioxide odor and making you harder to find. It’s effective over approximately 64 square feet and the included scent cartridge lasts about  four months. Replacement cartridges are available.

WHAT USERS ARE SAYING:

“I turned it on and put it on the table not a two feet away from my wife and I. She got four mosquito bites immediately on her legs so she placed the lantern right at her feet and the mosquitos kept coming!”