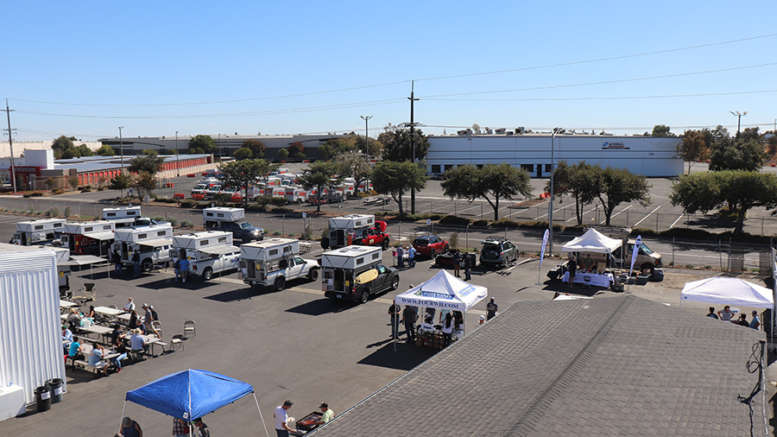 Numerous owner truck/camper configurations were on display, as well as Four Wheel Campers own setups. Factory tours were held hourly, and a complimentary t-shirt along with tasty BBQ were provided to all attendees – the cheeseburgers were fantastic!. A handful of third party vendors were on display as well.

Below are some images of the Open house event: 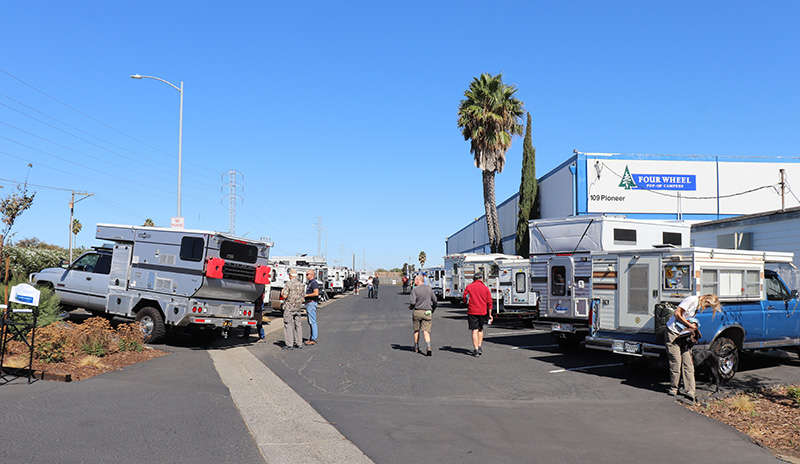 Owners Aisle assembled in the front parking lot at Four Wheel Campers headquarters. Getting to know some of these owners personally, they are committed customers who clearly have a passion for their campers. 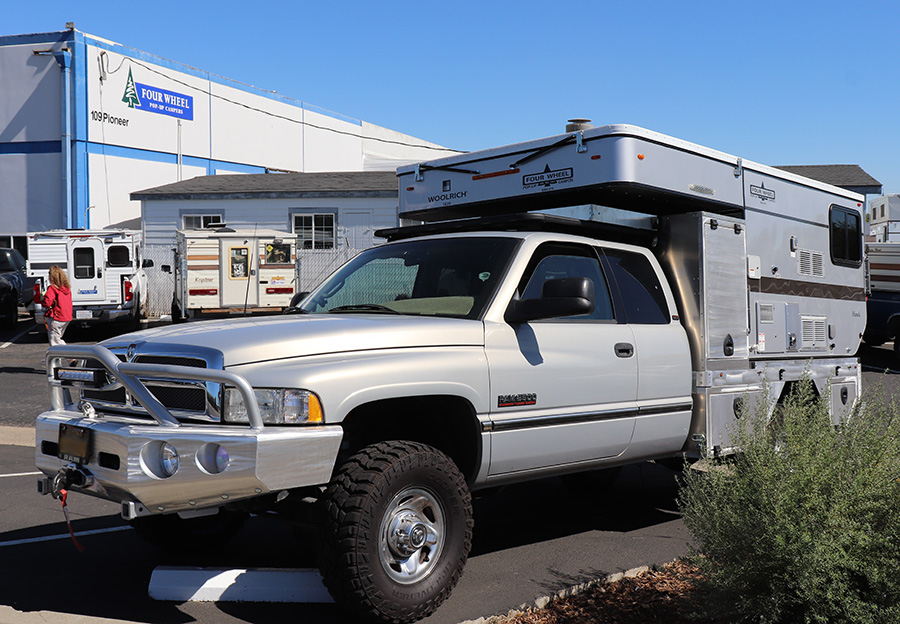 Rene Henke’s custom RAM 2500 overland beast resides in the SF Bay Area. The camper itself is a FWC Hawk, Woolrich Edition, designed to sit on a flatbed. 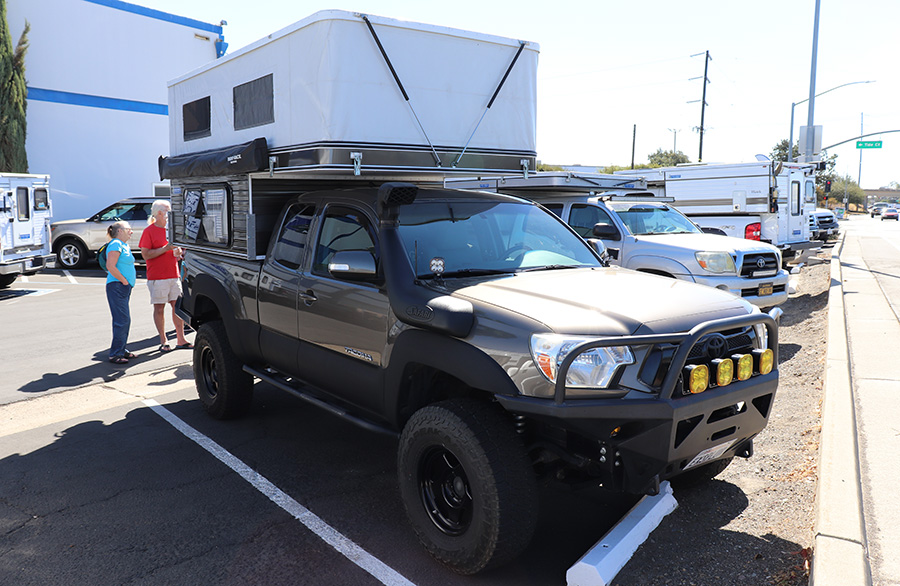 Also present, was Wade Sumner’s custom Overland 2012 Toyota Tacoma topped with a Four Wheel Camper.  We’ve done a complete write-up on this build, along with a walk-around video which you can view via the link above. 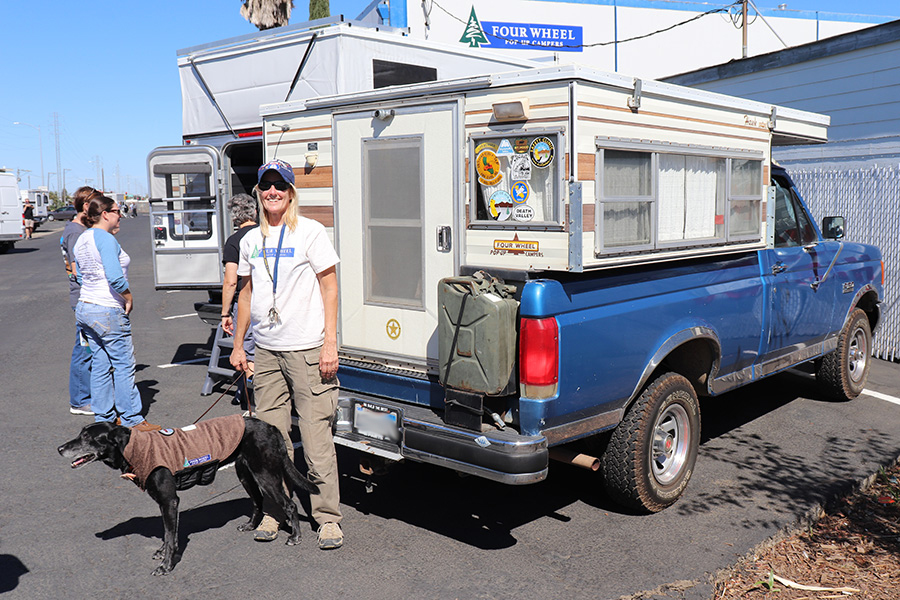 A perfect example of customer passion is Loro & her four-footed companion, Alpine.  Loro has owned this vintage 1984 Four Wheel Camper, Hawk model for about 9 years, and the 1990 Ford F-150 4×4 it sits on for about 7 years. She pointed out how well her camper has held up, despite being on numerous 4×4 trips – proof these campers are built to last! 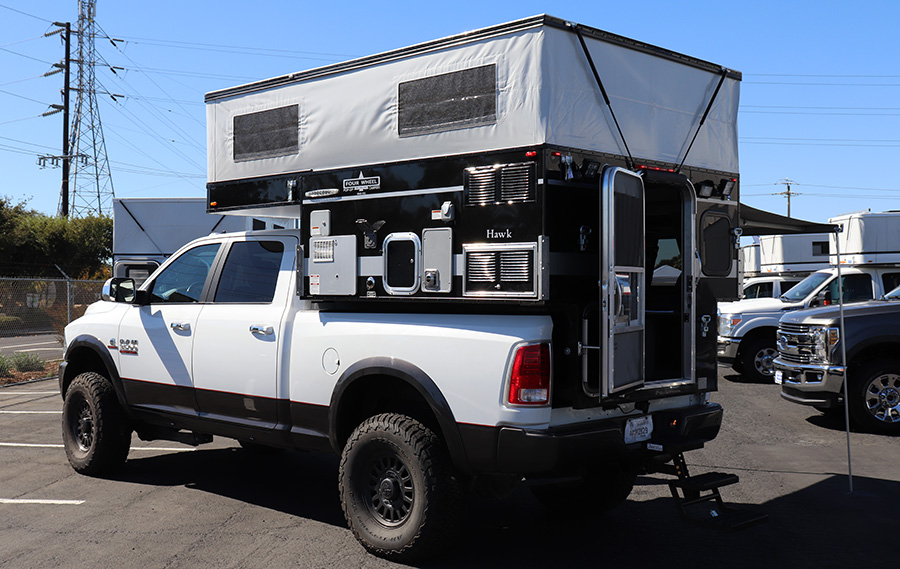 This Heavy Duty 2018 RAM 3500, with a Cummins Turbo Diesel, is actually owned by Four Wheel Campers. It’s topped with one of their new custom color campers, in this case a Hawk model in black which looks great! 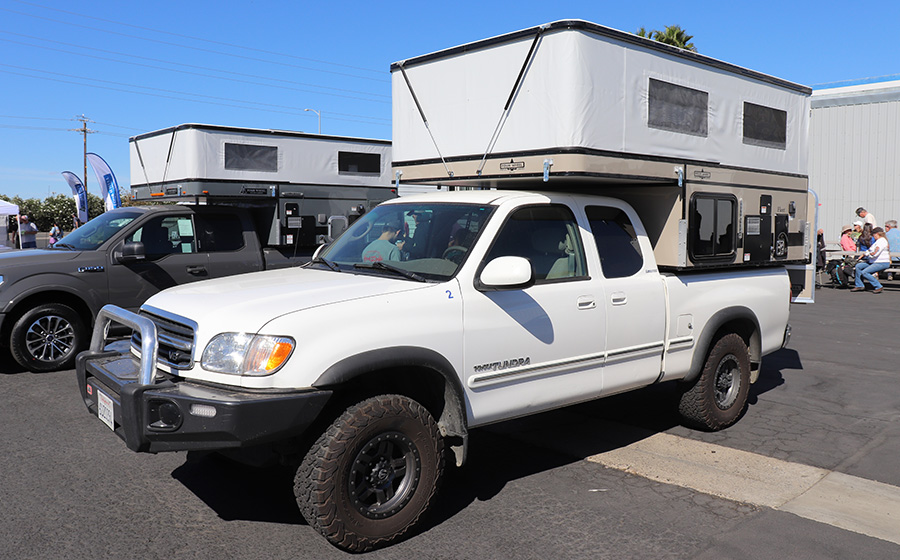 Here’s a couple of other new custom colors by Four Wheel Campers, in the realm of ‘recon’ colors – a khaki color in the foreground, and a solid grey in the background (not metallic). The colored exterior panels are aluminum.