I’m really a fan of the Chevy’s Colorado ZR2.  They finally offered an off-road option beyond the long-running Z71. Front and rear multimatic DSSV shocks, front and rear electronic locking differentials, serious skid plates & rock sliders and a factory lift of almost 2 inches, the Colorado ZR2 makes for one of the better new off-road capable truck options in the mid-size truck market. And of course, they offer this with a Duramax 2.8L turbo diesel as a 2nd powerplant option besides the V6.

If that isn’t enough, Chevy is offering a special factory edition of the Colorado, called the ZR2 Bison (sweet name!) That includes some bumper & armor upgrades on the standard ZR2, and unique Bison branding accents on the truck.

AEV Conversions has been showing off an orange Chevy ZR2 Bison owned by employee Cash Anderson in their booth recently at the overland events.In fact, it debuted at Overland Expo West 2019. The truck since that point had been well traveled, including through the Sonoran Desert down into Mexico. 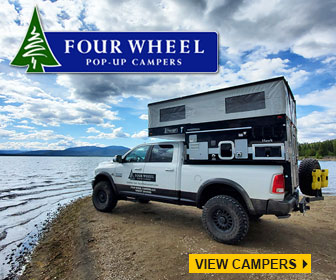 AEV’s flatbed ZR2 features some of their available upgrades made specifically for the Bison, as well as a few prototype upgrades of which most visible is a custom AEV tray flatbed. There’s also prototype fender flares that allow you to run 35” tires on the Colorado with just a leveling kit and a bit of cutting required, but no big suspension lifts needed.

This flatbed ZR2 Bison features AEV’s Crestone DualSport Wheels, which you can run as bead lock ring, protection ring or even no ring is an option.

On this particular AEV Bison, it has the factory installed AEV ZR2 Bison bumper, but with one key difference. The center section of the bumper can be removed, and it’s been swapped out with AEV’s Low Tube Center Section conversion specifically for the Bison.  This allows you to house a 9.5 WARN Winch within, which was the case on this Bison truck, and they relocated the solenoid box up under the hood, so you can plug it in. Also included is AEV’s Fairlead kit. A couple holes were drilled out on top, and an aftermarket LED light bar was added as well. 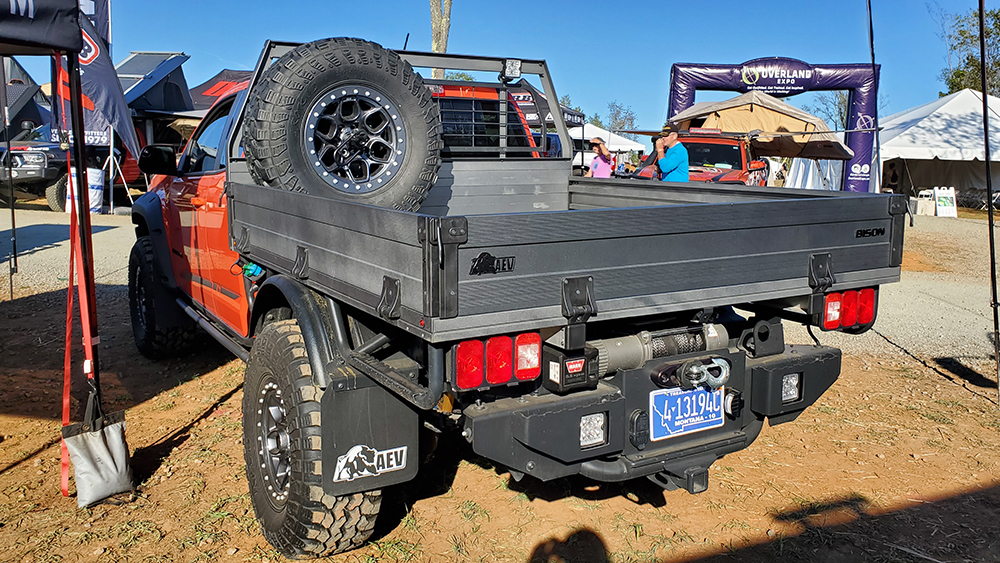 This Bison of course is fitted with an AEV Snorkel with a Pre-Filter Assembly. Cash comments, “In a heavy dust environment where the dust hangs down low, it doesn’t clog your air box, so you’re getting clean air from up top”.

Thanks to AEV Conversions for the rundown of features on the flatbed Bison. Definitely looking forward to seeing more from AEV Conversions at the upcoming yearly overland events! 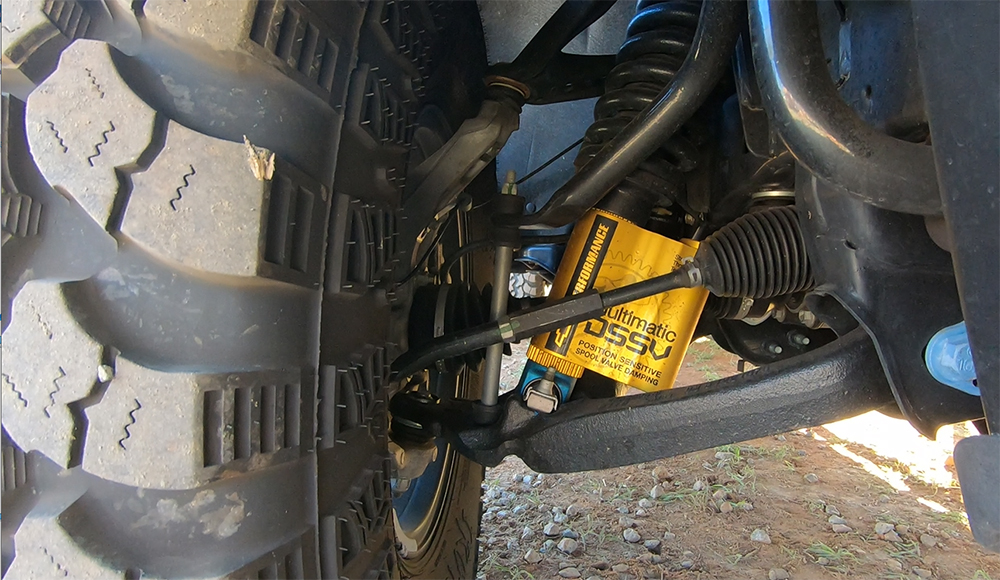