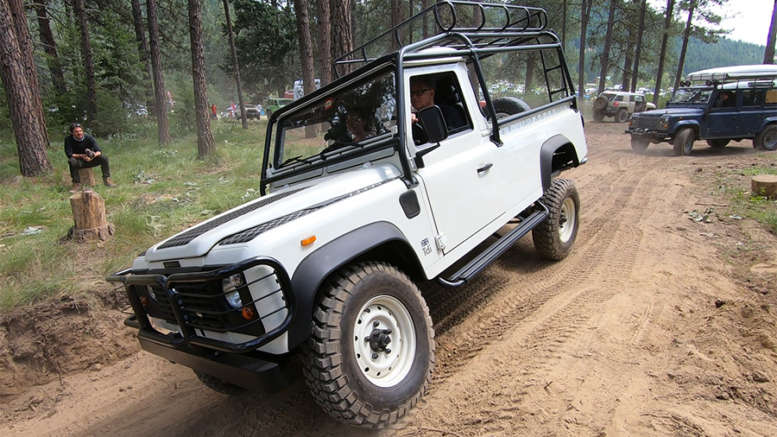 If you are a Land Rover Defender fan like I’ve become, there was definitely a solid showing of them at the Northwest Overland Rally in Plains, Washington. I had noticed a few attendees and vendors ask me if I had seen the white Defender 110 pickup. Keeping my eyes peeled, I eventually came across it in the Defenders Northwest booth and all I could simply say at that point, was “Wow!”.

Luckily, I was able to catch a quick overview video of the truck with Brian Hall who owns Defenders Northwest. I was also fortunate to meet the Defender truck’s owner Carl Ledbetter, who’s been gracious passing along additional details about the history and experience building his it.

This left-hand drive D110 is a 3 door wagon originally from Belgium. “It belonged to a concrete construction worker who used it as a work truck and would often stay overnight in it at the job site”, stated Carl. The truck was in a tired condition with moldy, worn & torn interior and in desperate need of a paint job when he purchased it in 2014. As an added bonus for Carl, the engine gave up within weeks before he was to receive the truck. 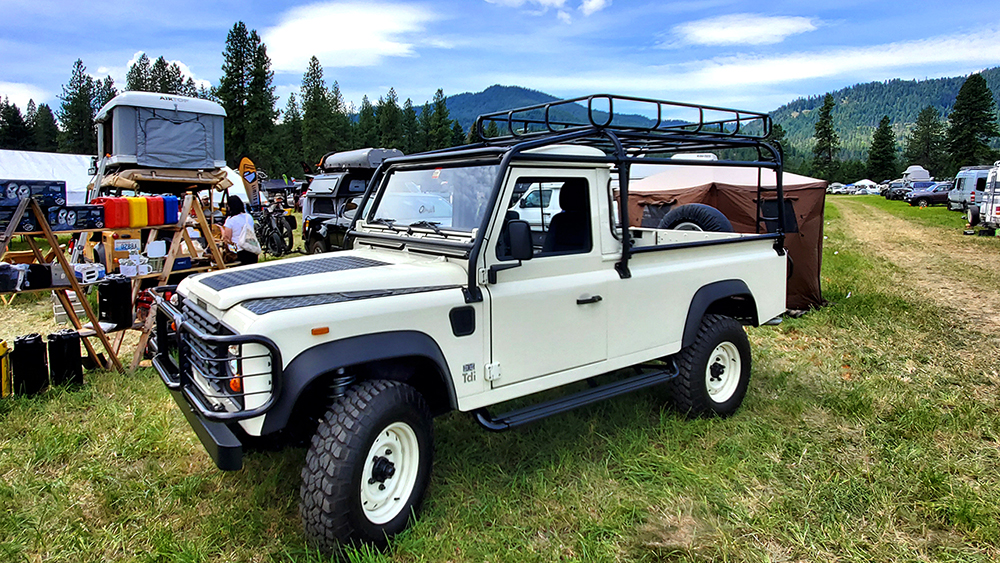 Since acquiring the Defender pickup, Carl performed a full restoration/rebuild, doing the majority of the work himself. The truck has its original frame and body, but Carl indicated almost everything else has been replaced/updated. For starters, Carl removed the wagon top & rear door, replaced the bed rails & rear panels and converted it to a Land Rover Defender pickup with a factory top.

Probably the most prominent accessory is the Safety Devices external, full roll cage and roof rack. It’s frame mounted and works for both the pickup and 3-door wagon configurations. Carl added the sweet looking North American Specification (NAS) front bumper and brush bar. To finish up the rear of his Defender pickup, he also added an NAS tailgate, NAS rear bumper and a rear spare tire carrier.

One of the most significant upgrades was replacing the old pooped out engine with a factory-configured 300 Tdi turbo-diesel full drivetrain that is from newer 1993-2006 models. Brian at Defenders Northwest mentioned, “It’s really built almost as good as you could get it off the line at the time. They’re military adopted engines, ensured the really long lifespans and great parts availability that will continue on for many years”. 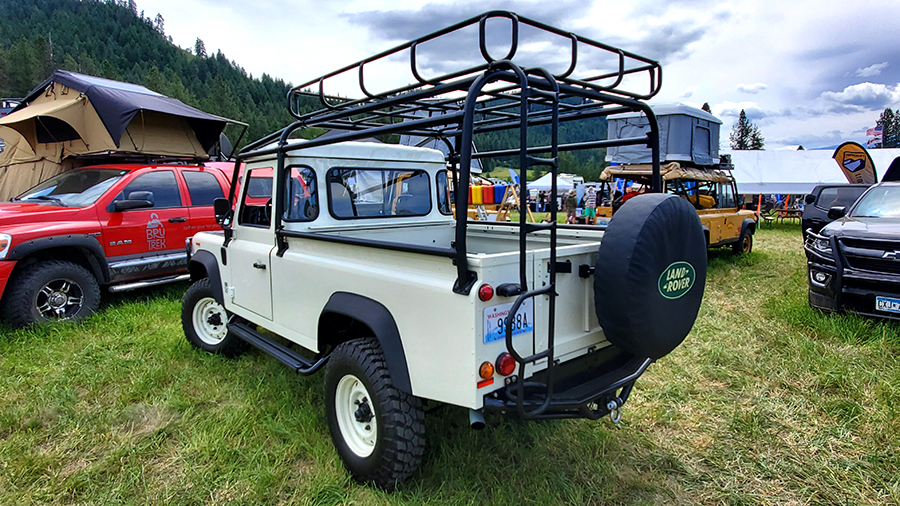 Carl completely rebuilt the undercarriage of his Defender truck with new suspension, brakes and hubs. 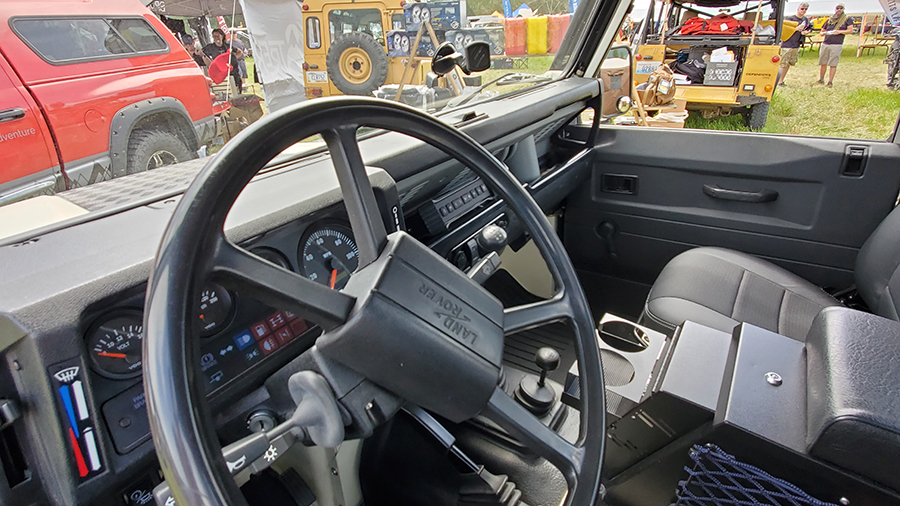 Checking out the clean interior in Carl’s Defender

Beyond the overview we did with Brian about the truck itself, we also caught the chance to capture Carl taking his D110 pickup on a trial run through the overland technical course at the rally in Washington. If you get a chance, check out the video and watch Carl methodically tackle some obstacles on the overland course. 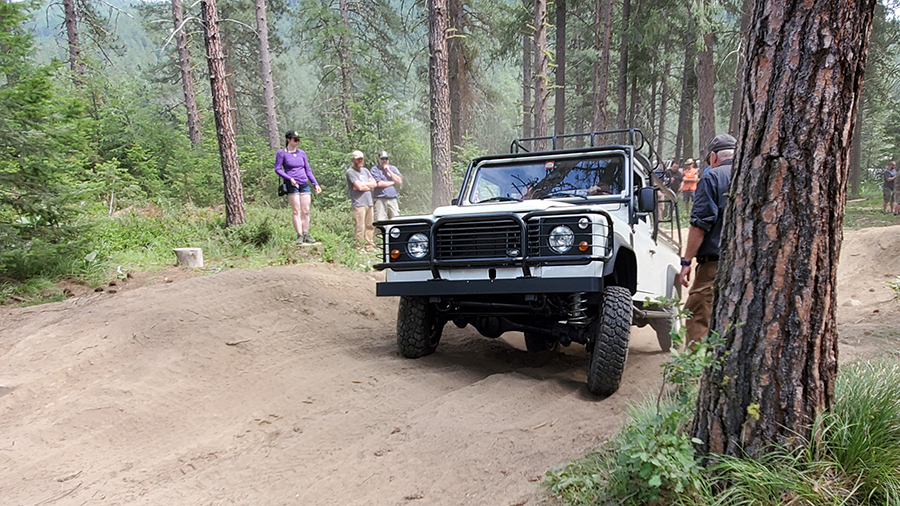